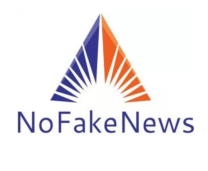 I have finally resolved the glitches associated with the Blog Talk Radio program scheduled for last evening, February 20th. I recorded the show on the radio platform earlier today and am including the archived broadcast below.

Future shows will be produced live, and I do not anticipate additional problems. Sorry, once again, for the technical issues last evening.

BE THE NEXT BIG TV WRITER! (Contest)

One thought on “The NoFakeNews Radio Show on Blog Talk Radio: The World Pandemic”