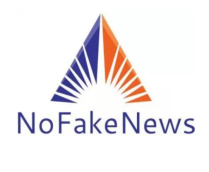 A dimly lit room with a circular-shaped glass conference table was positioned in the middle of a secured executive board room in an undisclosed, secret location. Hanging from the ceiling was a red, white, and black flag. It displayed an emblem that had a long history of bringing fear and terror to the entire planet.

Seated around the table in black leatherback chairs were some of the most dangerous men in existence. The individuals present were direct descendants of a genetic lineage tied to a former totalitarian European regime. These men made the worst psychopaths known to the public world look meek.

The group leader, a middle-aged man with blonde hair, blue eyes, and a finely chiseled jaw, held up his hands while facing the other monsters. They were all immaculately dressed in expensive designer suits. “Gentleman, we have made great progress in the last fifteen months. Everything has gone according to the original plan.”

A few rumbles of muffled conversation could be heard across the room before the blonde-haired one continued. “The products we have patiently held in storage for decades are finally being administered to the entire global population. Years and years of preparation and planning are paying off better than we could have ever anticipated. People the world over are lining up and fighting to take the recipe – and we didn’t even have to mandate they do so.”

“How long will it take?” a voice called out.

The blond one smiled and said, “Six months to a year. We had to make sure that the impending casualties couldn’t be directly traced back to the recipe.”

“And how is that being handled?” another voice asked.

The blond one smiled momentarily before responding. “The built-in delay between the product’s administration and complete activation will remove any public suspicion of causality. That combined with the announcement of a never-ending parade of new mutant viral strains that are described as being deadlier than the original fiction will ensure there is no perceptible connection between the carnage and the real cause.”

“But do you honestly believe that we can sustain this campaign for the length of time necessary to complete our primary objective? What about the ones who won’t comply?” asked a tall Nordic-looking man who was positioned a hundred and eighty degrees opposite the blond-haired one leading the meeting. He was standing in front of the table.

The chairman of the meeting smiled before offering his reply. “The herd will continue to believe anything we broadcast on television. They have believed everything we have presented so far – why is there any reason to think they will stop believing us now or in the future?”

“You didn’t answer my question about the ones who won’t comply,” the Nordic man shot back.

The chairman straightened in his chair and said, “The overall resistance to the campaign is minimal at best. The oppositionists are few and far apart — an insignificant percentage of the overall population. We will deal with that minor problem after we have administered the product to everybody else.”

The Nordic man smiled before taking his seat.

The monsters in attendance were all feeling very confident. A short time later, the room erupted in loud laughter.

18 thoughts on “If A Meeting Had Ever Taken Place Between The Most Dangerous Minds In The World, It Might Have Gone Something Like This”