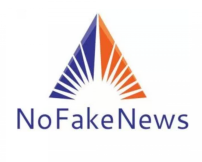 On December 20, I wrote an article about Tiffany Pontes Dover, the Tennesee nurse who experienced a dramatic vaccine reaction on live television. As of this writing, the woman still hasn’t been heard from on social or mainstream media.

What is going on with this nurse, and why hasn’t the public been updated about her health status? The mainstream media companies were so eager to show Dover receiving a COVID-19 jab on television last week. Now, the American public and people worldwide are in the dark about her whereabouts and well being. Why?

Instead of being objective and providing truthful news content, all mainstream media products have censored the truth about this and every other story being covered. For those readers who regularly frequent NoFakeNews, I am obviously preaching to the choir. You already know the mainstream media is rigged and completely controlled from the top-down by a world government. But the majority of people in the United States and other countries believe that the news programs they watch, read, and listen to are keeping them abreast of local and global events.

The Tiffany Pontes Dover situation showcases the censorship and criminal nature of the mainstream media companies. A story of this magnitude should be front-page news, and any reputable journalist or news company should be champing at the bit to write about and report on the nurse’s status. Instead, we hear crickets chirping in the background.

If you try and access information about the COVID-19 vaccine on Internet search engines, you will be inundated with thousands of mainstream media articles and stories that promote the benefits of the toxic soup being touted as the miracle cure for sars-cov-2.

Not one mainstream television reporter, newspaper editor, or radio station announcer would dare to speak or write about the official plandemic narrative truthfully. If they did, that would mark the end of their careers. The same goes for the COVID-19 vaccine or other toxic vaccines that have been harming people for decades. We never get the truth about these medicinal concoctions from traditional media sources.

If the media companies were independently owned and free from the world government’s influences, we’d have seen articles and stories published that reported on the obvious dangers associated with the COVID-19 vaccine. We would have seen and heard news stories asking questions about Tiffany Pontes Dover.

The stories reported on by the mainstream news companies have a hidden objective to dis-inform people about what’s taking place domestically and abroad. There are thousands of stories being thrown around each month for the public to chew on. Many of the bigger stories are directly and intimately connected, but they’re not presented by the media in a way that allows viewers to see that the content is related. Headline stories are often reported so that they appear to be non-related. The powers that be don’t want you to connect the dots.

The human brain is wired so that it focuses on patterns. The mainstream media companies are doing their best to ensure that our brains cannot home in on said patterns that would reveal what is happening on a bigger and more worldly scale.

The mainstream media’s intended objective is to create confusion and misunderstanding about global events. They want people to become so unsure about what’s happening in the world that they throw their arms in the air and give up on trying to solve the puzzle.

Disconnect from the hypnotists — it’s time to snap your fingers and wake up!

$2,800.00 GIVEN SO FAR. (A HUGE THANK YOU GOES OUT TO ALL THE NOFAKENEWS VISITORS WHO HAVE SUPPORTED THIS PROJECT!) ❤