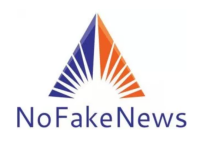 I couldn’t care less who gets credit for driving home the point that there is no Covid-19 virus in existence. There are numerous healthcare professionals out there, spreading the truth to people worldwide that sars-cov-2 is not real. The more individuals that are able to convey the real facts to the general public, the better the chances will be for society to comprehend the full extent of the medical psyop taking place.

David Icke recently put out an important video on November 13 that hopefully will get broad exposure. Watch the video below: 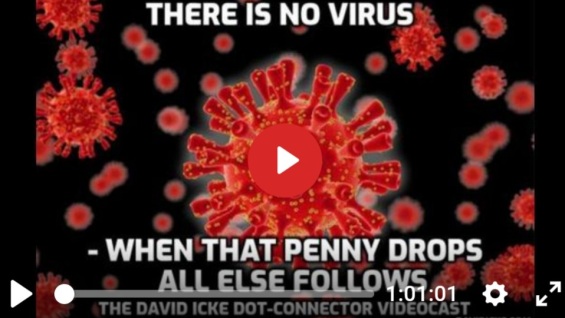 If you have more than a few functioning brain cells, you should have been able to deduce by now that the official narrative being disseminated by the controlling powers makes no sense whatsoever.

The Biggest Flaws in the Covid-19 Official Narrative:

Do You Remember The Medical Doctors Who Spoke Out On Capitol Hill?

Although they were brave to speak out against the fakery concerning the coronavirus several months ago, the doctors on Capitol Hill, who publicly called attention to “disinformation” attached to the world pandemic, were themselves unknowingly spreading more disinformation.

Their scientific minds precluded them from understanding the truth — there is no virus to treat.

As long as people believe that the PCR tests are legitimately confirming positive cases of Covid-19, the fakery will continue to circulate in the public domain.

As long as people believe that sars-cov-2 has been legitimately isolated and identified as an intact viral structure, the virus will remain a real entity in the minds of the public.

The Doctors Speaking Out on Capitol Hill — Sent the Wrong Message!

The physicians were all speaking about treating people compromised with pneumonia and upper respiratory diseases that also happened to test false-positive for the fake virus. Just like there are plenty of people who test false-positive for Covid-19 that are healthy, there are people with actual illnesses from other diseases not named Covid-19, who will trigger a false-positive PCR test. These people may be sick, but they do not have Covid-19. The tests are rigged and are being developed in a laboratory setting in such a way that creates false-positive results. I have covered in previous articles on this website how this process is achieved concerning the PCR test kits.

The antimalarial drug the doctors were promoting is also a dangerous product that is known to cause severe side effects, like hallucinations and death.

In the staged dress rehearsal, back in October 2019 (EVENT 201), actor doctors discussed the benefits of treating the simulated novel coronavirus with two anti-HIV drugs. The same scenario that took place in the dress rehearsal has been thoroughly discussed in the current screenplay. The only difference between EVENT 201 and what we have now (EVENT 202) is that the drug they are promoting is an antimalarial product. The mitigation of the fake virus by an antimalarial drug is part of the current psyop and designed to bring people back into the false narrative.

Finally, big-name personalities, like David Icke and some others are blowing the lid off the scam. They are saying what I have been writing about for most of this year–there is no damn virus. That message is gaining ground by the day, and the controlling powers want to intercept that message and redirect people’s understanding of the narrative back into another direction.

When the medical doctors stood in front of Capitol Hill with their magic white coats and stethoscopes, the hypnotized sheep paid attention. It’s a reflexive action because the white coat is something that most people respect because of years of psychological conditioning.

The doctors, although brave, believed the Covid-19 virus was a real entity because they had faith in a PCR test that, for all intents and purposes, is unable to do anything other than confirming the presence of a nonexistent disease.

The doctors were giving the fake disease legs, and that narrative is not valid.

The video of the doctors speaking out on Capitol Hill was allowed to circulate and get plenty of views before being pulled off the YouTube platform. Why? The doctors were being used to advance the psyop in the eyes of the public.  Although this demonstration might have been designed to look like it was providing valuable public information that was later censored, it was really nothing more than disinformation.

I have written plenty of times in the past that as long as the public believes the sars-cov-2 virus is a real microbe, the controlling powers can continue to promote the psyop. As long as the virus is perceived to be real, vaccines, antiviral products, isolation orders, shutdowns, face masks and a lot of other mitigation nonsense remain on the table.

As soon as the Covid-19 virus is revealed to be nonexistent, all of the above are removed from the playing field. If the virus doesn’t exist, there’s no need to mitigate anything from a medical standpoint.