Are You Going to Watch the Movie?

With your help and continued support, we can wake up the world. Pre-order the Target List movie and invite your friends and family over to a watch party the weekend of December 16th — December 18th.

Our Vimeo VIP Release of Target List is available worldwide, so no matter where you reside, you can watch this incredible movie.

Take a screenshot of your Target List rental receipt from Vimeo and send it to contact@madwifeproductions.com and be entered into a drawing to win either an autographed copy of the official movie poster or screenplay.

Special Viewing of the Film!

A Message from Mad Wife Productions!

Here is how to watch the film months before it’s on iTunes, Amazon, and other major streamers while also supporting us! Click on the pre-order button in the image above to access VIMEO where you can quickly sign in with a Google account and Pre-Order the film.

You will not be charged for the Pre-Order until the movie launches December 16th at which point you will be able to watch it as many times as you’d like for 72 hours.

Here is our goal with this special viewing:

First, we are so excited and want to share it with everyone during the holiday season.

Second, the funds raised from your rental will help us fund the massive marketing budget we need to get this movie seen by the world.

Any donations to help us market the movie are greatly appreciated!

Life on Earth is a holographic experience derived from a frequency-generated blueprint.

Or enter a custom amount

Based on the Novel, The Target List, by John Reizer

The Target List is a high-energy, fast-paced medical-action-thriller feature screenplay that uniquely combines the exciting elements and drama found in the hit films COMA and JACK REACHER. It has a strong female protagonist and a cast of intriguing characters that provide nonstop action, dramatic effect, and the ability to drive the storyline towards a twist-ending. The Target List deals with the subject of cancer eradication and will be embraced by a broad audience that will instantly resonate with the many emotional elements associated with society’s ongoing battle to maintain health in the ever-increasing presence of new diseases. The limited-location and limited-character setting allow a low-budget production. However, The Target List still belongs to the multi-million-dollar Hollywood action niche that is always looking for the next blockbuster and takes the audience to a 90-minute emotional and entertaining journey that leaves them yearning for a sequel.

LOGLINE: Assassins are hired by Big Pharma to permanently erase a team of doctors and their revolutionary new medical tool that cures cancer.

If you ever wanted to help expose the pharmaceutical industrial complex for what it really is, a detriment to the health and well being of all human beings, this is your chance and golden opportunity to do so.

If you help us by donating to the project, we’ll put your name in the film’s credits and even make you one of the co-executive producers.

Read below for more details!

PLEASE DONATE A FEW DOLLARS IF YOU CAN

Use of donations:
We have already secured the necessary funding for this project and are looking for extra help to offset production expenses. All donations will be used exclusively for the production of the movie. Please consider donating a few dollars to the film. Any amount you can afford helps! 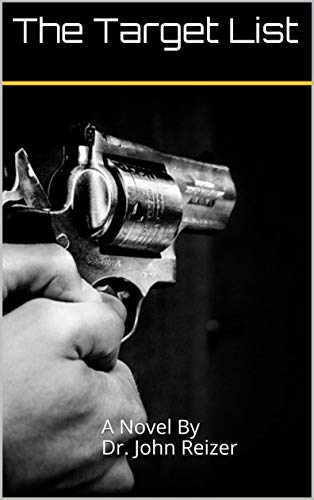 Perks:
Anyone donating $50 will receive an electronic copy of the book.