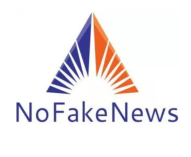 The Pitch In A Nutshell:

The World Pandemic is a high-energy, fast-paced medical psyop screenplay that uniquely synthesizes the horror and fear elements along with the dramatic effects found in the hugely successful movie productions VIRUS and CONTAGION. It has a cast of believable characters that allegedly have impressive academic credentials. They serve as reliable and credible public figures that help sell to the audience the drama and energy necessary to bring the production to life and drive the storyline towards a magnificent ending that is what the United Nations and one-percenters have desired all along. The World Pandemic deals with the science-fiction concept of global infectious disease transmission and how such an event could permanently destabilize the world economies and forever change social paradigms that have existed through the eons of time. It is a production that is sure to capture the emotional elements associated with society’s ongoing fear of germs and the appearance of an ever-increasing presence of fake and manufactured diseases. The broad global location of the operation and the massive character setting requires a hefty budget production. But many black op projects already underway can help to finance the cost of this game-changing cinematic event. The World Pandemic is a screenplay that belongs right up there with other well-known Hollywood productions like 911 and Pearl Harbor. The finished product will undoubtedly take a world audience on a twelve-month emotional journey that will leave them begging for the final solution the producers and directors are dying to give them — the vaccine!

A group of psychopaths is hired by the United Nations to create and stage a fake viral pandemic that threatens the existence of established societal norms.

The story begins in Wuhan, China, where an alleged novel strain of coronavirus is released at a market and infects several people. The exact origin of the disease is left up to the imaginations of the public. Several ideas are mysteriously thrown out for the public to chew on like an exotic animal was consumed by the victims as well as the concept that the mysterious viral agent was accidentally released from a nearby bioweapons laboratory. Through time the disease begins to spread to different countries and eventually across Europe and the United States.

After a short period, world health regulatory agencies warn the global community that nobody has a natural immunity to the mysterious virus and that there will be massive casualties never before witnessed.

A cast of characters in all sovereign territories begins to implement draconian policies that limit the public’s ability to earn a living and move about freely in their communities.  Crazy concepts that actually weaken human immunity like social distancing and self-isolation are mandated by different governments and sold to the public as ways to limit exposure to the novel coronavirus.

Mainstream media programming is used to significantly influence the public perception that the virus is a real disease. In contrast, the implementation of bogus worldwide testing procedures is used to create the illusion of real case numbers.

The shutdown of a healthy society and entertainment venues eventually creates depression and mental illness in world communities. A final conditioning process of mandatory face mask-wearing is ordered by different governments for fifteen days. But once implemented, the policies are never revoked, and the new paradigm is permanently installed within the collective psyche of the majority of the population. The mask-wearers conveniently allow those in control and directing the psyop the ability to identify the compliant people — the ones who will be the easiest to convince to take a vaccine that has been predesigned and waiting in the wings.

26 thoughts on “The World Pandemic – A Screenplay Written by…”