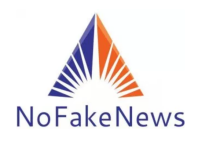 Covid-19 is undoubtedly the single most crucial storyline that’s challenging our lives at the moment. But it is not the biggest challenge facing humanity.

The biggest obstacle positioned in front of human beings is the controlling powers that are handing down the directives that are regularly being implemented by the elected managerial elites worldwide.

Covid-19 is just another false flag like 911 and other staged terror attacks. These events all have commonalities attached to them in that they have been designed to generate fear within the public that leads to the masses overreacting and making bad decisions.

Even if by some miracle, enough of us awakened in time to destabilize and destroy the fake viral pandemic narrative, the powers that be would introduce another psyop to reposition the bigger agenda back on track.

The perceived reality constructs that we have grown accustomed to during our short lives on Earth are far removed from reality. What we believe we know about our world and what is really taking place here are far different scenarios.

I think one of the most significant advantages those who control the world have over us is that they have been able to keep the vast majority of the population clueless about what life is really all about and what our actual purposes for being here are.

I have been spending some time speaking with everyday people who aren’t aware of the subjects I write about on NoFakeNews. They are, unfortunately, going through life, unaware of what is happening right in front of their eyes.

These folks have no chance to figure out that the coronavirus is a psyop. They have no chance of understanding the bigger picture of what is happening to the human race.

There exists in the world a culture of mind-controlled zombies operating on autopilot and living out their daily lives like robots. We are not going to be able to get these people to become cognizant of the devious and calculated machinations transpiring globally that are being written and directed by the few that control the many.

The controlling powers believe that the human herd is their property. They think that we are inventory, to be used in any way that best serves them in accomplishing their goals to dominate anything that lives on the planet.

In the controllers’ eyes, we are no different than the fruits and vegetables they have genetically modified. They hold the patent rights to these bioengineered products, and humans are now next on the list to have our genetic sequencing altered, cataloged, and owned in the same way.

Let me bring everything into focus. I believe we are a large collective of souls that are here for a relatively short period. While we are here on Earth, we are forced to occupy human bodies that have been purposely limited by genetics.

We can only sense a small sliver of what is real because our gifted sensibilities have been wired in such a way that precludes us from having a greater awareness of total reality – that which is not perceptible to us in our current state of being.

We are living in a sort of holographic virtual reality that, in many respects, mirrors a video game. I know this description sounds bizarre, and I am sure that many readers might believe that I am going off the deep end. But I think that the intelligence (God) that created all of this did so for a good reason that we are unable to understand from our point of view or perspective.

I guess what I am trying to write is that the controlling powers can manipulate and modify our bodies all they want, but they can never get a hold of our souls. That fact drives them absolutely crazy.

10 thoughts on “Bringing Everything into Focus!”

Serious investors are wanted for the full-feature film. Click Here!