There’s no doubt about it; airline companies have a license to rob passengers blind. In case any of you have not had a chance to see the new video that went viral of a passenger being forcibly removed by police/security from a United Airlines domestic flight in the United States earlier this week, you can take a look at it below.

According to numerous sources, the passenger was forcibly removed by security because the airline company had overbooked the flight and needed additional seats for company employees. After asking for volunteers to give up seats with compensation included, and not receiving any takers, United officials randomly selected passengers already seated on the plane and asked them to exit the aircraft. One of the passengers refused to leave and the company called in a security officer to remove the man by force.

My question to United Airlines and the airline industry as a whole is the following: why are you overbooking flights that are, for all intents and purposes, nonrefundable? You routinely sell passengers very expensive seats on your aircraft that cannot be refunded. If the passenger doesn’t show up, the seat is already paid for. Why in the hell are you permitted to resell the same seat a second, third, or fourth time? The answer is GREED!

Not only do you sell a passenger a nonrefundable ticket, you routinely charge passengers additional fees for luggage storage, food, and to sit together with loved ones and friends.

If I want to attend a music concert to see my favorite performer, I have to purchase a ticket for a seat. If I decide not to show up for the event, they don’t resell my seat. It remains empty because I have the ticket for that show. The airlines are getting away with robbery by overbooking nonrefundable seats and then asking passengers to disrupt their itineraries. 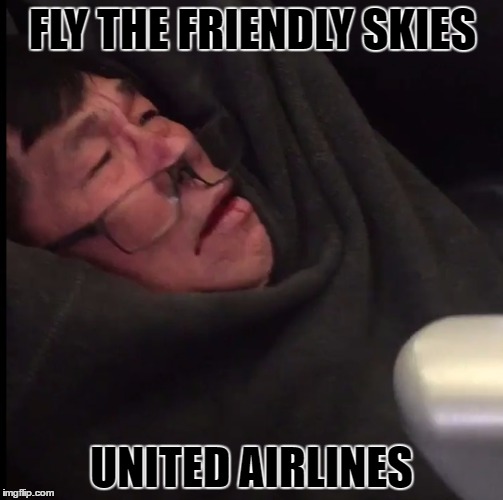 Granted, there are times when people have some flexibility within their itineraries and they can give up a seat in exchange for compensation. That’s okay in my book. But the air carrier should not be able to forcibly remove a ticketed passenger, for purposes of greed and incompetence, that has already been seated on the plane.

One thought on “Airline Companies Have A License To Rob Passengers”

A Monthly E-Newsletter For You!