I am pleased and honored to announce that my novel, Aftermath, has received a five-star rating and review from Readers’ Favorite Book Reviews.

Readers’ Favorite has become the fastest-growing book review and award contest site on the Internet. They have earned the respect of renowned publishers such as Random House, Simon & Schuster and Harper Collins, and have received the Best Websites for Authors and Honoring Excellence awards from the Association of Independent Authors. 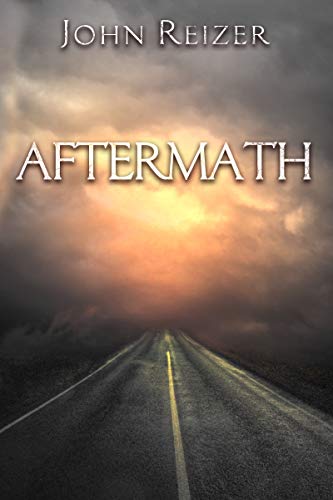 In John Reizer’s Aftermath, Kyle Wilson watched a bright flash of light from his window… a light so bright and all-encompassing that he felt its heat as he dropped to the ground. Next thing he knew, he was sitting at his office table. All electronic gadgets stopped working. There was no electricity. What happened? These are just some of the strange things he experienced that night. Rumored to be a terrorist attack, probably an EMP, Kyle and some of his neighbors, and a science professor from the local university, tried to discover the truth behind what happened that night. To add to the mystery, a strange fog had surrounded the city and was closing in on the small town. What is causing it… and what’s behind this barrier?

As I began reading Aftermath, my first thought was an alien invasion! But the mystery goes deeper than that. If you’re interested in alternate realities, particles and frequencies, and quantum mechanics, then you’ll enjoy this story. The theory that there are different realities with different frequencies, and that we are like antennas tuned in to these frequencies is the core idea behind Aftermath. It’s fascinating, and I would have loved a longer novel that delved deeper into this. But as it is, John Reizer managed to keep me entertained and wondering what’s going to happen next. Aftermath is an imaginative, well-written page-turner that science fiction readers would enjoy. I kept thinking about how awesome it would be if we could prove this theory. It will definitely change how we perceive our life, ourselves, and the world around us. Reading Aftermath was certainly worth my time.