I am excited to announce the release of my novella, Frequency, as an audiobook on the audible platform. I believe that visitors to NoFakeNews may find the story an intriguing listen as it has to do with sci-fi, medicine, and of all things — a virus.

I redirect all monies from book sales back into the website to help pay fees that are necessary to keep NoFakeNews up and running. Please consider ordering a copy of the audiobook and leaving an honest and unbiased review. 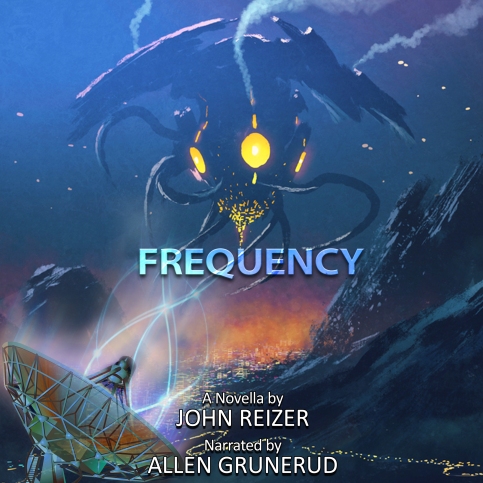 Allen Grunerud is an accomplished actor and theater director with over 40 years of experience. Allen has an impressive voice and resume. His credits include:

“The Curse of Fearful Rock” by Manly Wade Wellman

“Stone Cold: Between a Stone and a Hard Place” by Jerry Bader

“The Unfinished” by Jonathan Myers

“A Sky Full of Stars” by Kelvin Wright

“Super SF Double Feature: Children of the Coming World and Mars One” by Kevin Candela

Mr. Grunerud has been involved as an actor in 100+ productions, ranging from Shakespeare to Moliere to Chekhov to Albee. He was also the narrator of a six-part PBS series on reading education: “Rainbow Road.”