Thanks so much for participating in The Target List Audiobook Tour!
-Dr. John Reizer 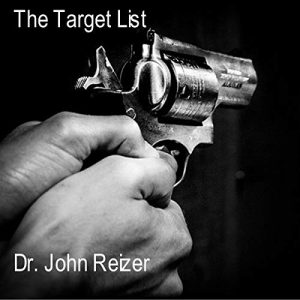 The brainchild of 48-year-old Harvard Medical School graduate, Clyde Daniel, WAND (Wave-Altering-Nanoparticle-Disrupter) is going to move the profession of medicine out of the dark ages and into something that closely resembles science fiction. That is, unless the pharmaceutical industry, which stands to lose billions of dollars in lost drug revenues, can intervene with its hired assassins and destroy the technology and its team of creators before it ever has a chance to see the light of day.