Have you ever read one of those books that tackle a difficult subject for readers and break it down into something easier to understand? There exists an entire series of these publications. I remember reading one such book on organic chemistry in another lifetime when I studied a pre-medical curriculum. Just hearing the words organic chemistry brings back horrible memories that I thought I’d left behind long ago.

There should be one of these books titled How to Depopulate the Human Race (Made Incredibly Simple). I realize there never will be one published under this title, but if there was ever such a book — here’s how some of the content might read:

Depopulating people’s entire civilization is a complex endeavor attempted a few times on this little blue sphere called earth. The mechanisms and tools required to reach the intended objective need to be well thought out and repeatedly rehearsed until the recipe for success is ironed out and deemed to be foolproof by the few who control the many.

In our little booklet, we the authors have laid out the complexities of exercising this diabolical practice in easy to understand language. Even the most comatose individuals can understand how they are about to be eliminated from terra firma.

Our blueprint begins by developing the instruments that can euthanize the intended targets — human beings. With years of promoting society’s completely distorted understanding of microbiology and infectious diseases already in the books, it would be prudent to develop the secret scheme by creating a medicinal concoction disguised as a vaccine to mitigate a fake yet plausible-sounding infectious agent.

The infecting agent should be advertised and marketed as something common enough to be perceived as a legitimate threat that can broadly involve the entire world’s population. We suggest — a coronavirus (the common cold).

Next, the medicinal concoction is developed and stored away until needed at a future time. We suggest an mRNA gene rewiring product capable of reconfiguring human immunity. A triggering agent can be introduced later to initiate a cytokine storm that will lead to broad sepsis in the targets and later death.

The beauty of using this type of product is a perceived delay by other targets concerning the time the fuse is lit and when the storm detonates. The delay in time will remove most suspicion that the product being administered is the end result’s causal factor.

The next step is creating the infecting agent. Since the viral pathogen doesn’t exist, a computer-generated signature of the made-up villain must be created ahead of time. The final product must be published and agreed upon by a close circle of credentialed scientists and physicians under the direct employ of the few who control the many.

Once the fake viral pathogen is in place, an equally fake diagnostic tool must be created so that the disease can grow legs on paper and can be perceived by the masses to have spread throughout the world. The diagnostic lab test instrument is an integral part of the fakery. Without this tool, that will create the false-positive case numbers, the words outbreak, epidemic, and pandemic cannot be used by the world’s health regulatory agencies.

The terminology referenced above is necessary to have Emergency Use Authorizations (EUAs) filed broadly so that the euthanasia agents in storage (the vaccines in waiting) can be administered without direct approval from specific regulatory bodies.

Depending on the number of exterminations desired, we suggest using different vaccine product recipes. Product (A) to cull the population, product (B) to sterilize other targets, and product (C) could be engineered to surveil others through already existing operating systems.

During the actual running of the operation — the three recipes could be administered in different disbursement waves. The rationale for doing so could be explained through the mainstream media by simply blaming different groups’ risk factors and sensitivities to the fake infecting agent.

We suggest a rollout where the targets desired for extermination are labeled as the category of people with the highest risk of contracting the disease. In this way, different vaccine product recipes could be doled out at different times and without calling attention to the fact that different recipes are being used.

We suggest running a final dress rehearsal of the entire operation before launching the real event. The dress rehearsal should be filmed and made available on the Internet for everybody’s access. The dress rehearsal serves to announce to the world the direct intentions of the few who control the many. The dress rehearsal also creates enough doubts in the general public’s minds about any conspiracy theories that might come about as a result of the operation. Most people will not believe that the architects behind the plandemic would be foolish enough to publicly release their intentions in videos before committing the crime in real life.

If only a book like this one existed so that people could more clearly understand the genocidal plot to cull the human population that is happening in the world as I write these words.

On a separate note — I want to thank the people who have frequented this website during the past nine years. Together, we have attempted to separate facts from fiction, make sense of the nonsense coming from the mainstream media, and more recently, expose what I believe is one of the biggest crimes ever committed against humanity.

I hope that in some small way, NoFakeNews has been a helpful resource to those people who were searching for the truth about the world we live in and unable to find that information through the mainstream media companies worldwide.

Creating and publishing this blog has been a labor of love and an arduous task that can be quite exhausting. I believe we have awakened many and hopefully saved a few lives.

NoFakeNews visitor Lisa Hakes is the author of a book titled Subtle Sabotage. It’s her personal story and triumph over many life obstacles — one of which was being the parent of a vaccine-injured child.

Lisa’s book is free on Amazon February 2 – 6, 2021. Let’s support her by downloading a copy. It’s a chance to read for free an inspirational story at a time when we could all use a little inspiration. 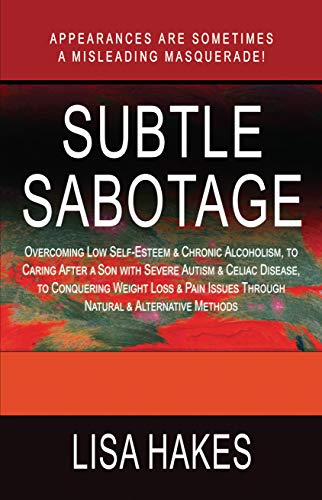 The Target List Movie is Coming to Amazon Prime This Summer

In association with River Rose Productions, Mad Wife Productions has announced that The Target List movie will begin filming on April 10, 2021.

We are continuing our fundraising efforts for the movie. The movie production companies bringing this film to life have generously invested money into this project and have asked me to help them out by promoting a fundraiser to offset production expenses.