Spreading propaganda is probably as old as the beginning of human life on earth. Those individuals who reside at the top of the pyramid of knowledge and power have always understood that the vast majority of people are easily manipulated.

Human beings have been used and abused by governments, politics, man-made religions, and the liars about history for thousands of years.

False-flag staged events are as old as dirt.

Covid -19 is only one of the thousands of contrived psyops invented behind closed doors by psychopaths.

Regrettably, so many human beings are susceptible to being falsely programmed to believe the lies put forth by the controlling powers. The masters of propaganda, distortions, twisted reasoning, and false science are, in fact, corrupt.

Humans routinely place their faith in the mainstream news, Hollywood productions, false images, and staged events that are designed to capture the minds of people, who have little to no capacity to discern between illusion and reality.

If you practice social distancing and wear a face mask, you have been conned. Wake up from the hypnotic trance you are in and begin to critically think about what is happening in the world.

There is no virus and no reason to cover your face. 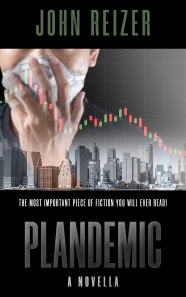 2 thoughts on “Blinded by Propaganda”