When people around the world think of the United States, they envision in their minds the giant landmass that makes up the 48 contiguous states located in the North American continent, and of course Alaska and Hawaii. But what most people, including Americans, don’t realize is that there are two countries in play here. And to be completely accurate, there is really one country in play, the landmass that makes up America, and a federal corporation, Washington, DC. Could this be true? Are there two United States in existence?

According to some sources, The District of Columbia Organic Act of 1871 created a second and separate government within the continental United States of America. The foreign country (corporation) exists within a 20 mile sliver of land located between the states of Maryland and Virginia and is commonly known as the American Capital, Washington, DC.

Now I have to be perfectly honest with my readers with regards to this subject. This is an extremely polarizing topic that has been debated by many scholars and legal minds for a very long time. Most conventional legal opinions I have looked up classify the information in this post I am writing about as nonsense. But just because something has been labeled as nonsense by the vast majority of people doesn’t necessarily mean that it’s not the truth. So despite the naysayers, let’s press on and look into this information a bit further.

The District of Columbia Organic Act of 1871 was a cleverly written and deceptive piece of legislation that created a separate country (corporation) within America. The new corporation became known as THE UNITED STATES or THE UNITED STATES OF AMERICA or THE US or the USA. You’ll notice that the corporate titles are in all CAPITAL LETTERS. I am not writing it that way for emphasis, but rather for the purpose of showing that the titles represent a legal corporation that has been registered as such.

Legal corporations are written in capital letters. So when I write the UNITED STATES I am referring to the 20 miles of land located between the states of Maryland and Virginia and not the huge landmass that exists in the North American continent.

This very complex legal theory goes on to suggest that the individual states have voluntarily opted in to become separate franchises of the registered corporation located in Washington, DC. This would mean that the individual states are also sub-corporations themselves and legally attached to the foreign corporation in Washington, DC. Wow, this gets complicated, but don’t leave now because it gets even better.

According to one source I reviewed, when people are born in America, a small sampling of their DNA is collected in the hospital and routinely held for a certain number of days. If that sample of genetic material is not claimed by the child’s birth parents, the federal government considers the live person dead. Now obviously the child is not really dead, but for legal purposes, the child is considered dead and the government replaces the live child’s name with a corporate name. So if John Smith is born to Mr. and Mrs. Smith. John Smith, in the eyes of the federal government is renamed as JOHN SMITH, the corporate entity and is referred to as a corporation for the remainder of his life by the government.

The UNITED STATES (the corporation) operates under admiralty or maritime law (the law of the sea) while the united states (the country) operates under common law (the law of the land). There is a big difference between the two laws and for the sake of brevity, I am not going to go through all of the differences in this post. But please feel free to look up this information because it is extremely interesting and confusing at the same time. 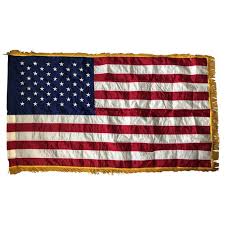 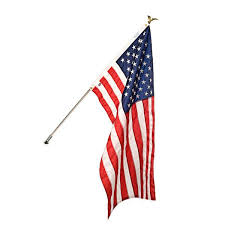 Whenever you step inside a federal building or court room, you will always encounter a flag with the gold fringe. This lets people know that you’re in a facility that is operating under admiralty/maritime law.

The UNITED STATES views its citizens as vessels or ships at sea. When you’re in your mother’s womb, your floating in amniotic fluid (the sea). You come through the birth canal and are birthed by a doctor. Ships pass through canals as well. In a sense, phonetically speaking, you’re docked (doctor) and the merchandise is delivered. Just like when a ship is berthed and its merchandise is delivered, a certificate is created with a registration number. When a child is born, a birth certificate is created with a registration number. Later, a social security number is created for the citizen. The corporate entity (person) is given citizenSHIP.

The federal government requires its citizens to have many different licenses throughout their lives in order to do business with the corporation. All of these documents are addressed to citizens with their names in CAPITAL LETTERS.